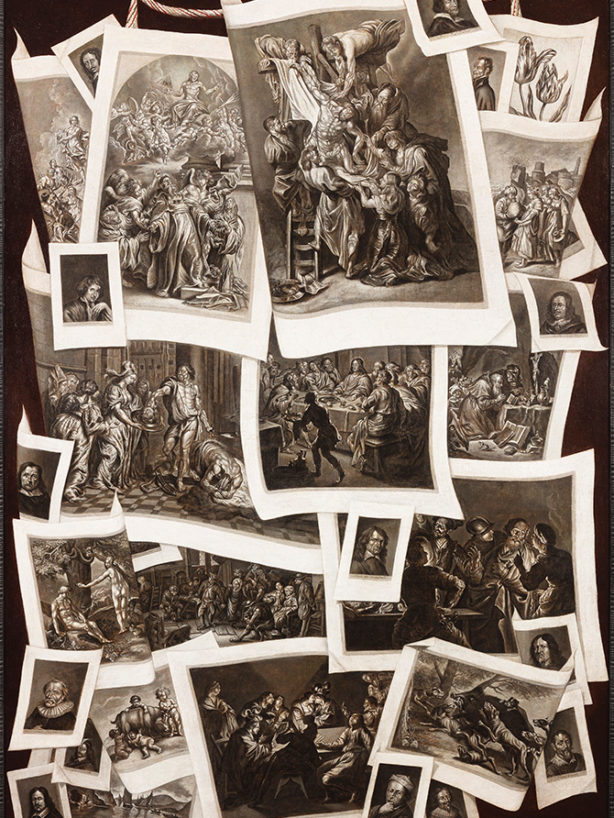 Important artist in the north of France, not only as a portrait painter of the great personalities of Arras, but also as first curator of the Museum of Fine Arts of Arras. Dominique Doncre collected the first works which still constitute today the flagships of the Museum collection.

Dominique Doncre was born in 1743 in Zeggers-Cappel, in the north. Coming from a modest background, his youth and his artistic training are not known. By tradition, he is credited with Antwerp studies, but no document attests it. This hypothesis certainly stems from Doncre’s assertive taste for Flemish and Dutch painting.

A painter of history, of great decorations, Dominique Doncre expresses himself in almost all pictorial genres. Its biographer, Constant Le Gentil (19th), lists nearly 350 works, among them, only eighty are known to us, and often of uncertain attributions. Half of them are portraits, principal exercise of his career; and in rare cases, trompe-l’oeil. Despite a very limited number of works in this area, it is by trompe-l’oeil that Doncre asserts all his virtuosity. For the record, history says that he even taught the subtleties of this genre to the young Louis-Léopold Boilly (1761-1845), reported in Arras between 1775 and 1779.

By its exceptional dimensions; almost two meters high by one meter fifty wide; its subject: a set of engravings after the great teachers of the northern schools and their portraits; and finally, its date: 1764, Doncre being only twenty-one years old; our painting stands out as one of the first great masterpiece of the painter.

Vibrant tribute to the masters of the north that he loves so much, Doncre delivers here a unique and surprising work, with Rubens, Van Dyck, Teniers, Seghers, Bloemaert, Snyders, Jordaens, or Callot…The masterpieces composing our painting are easily identifiable (see list at the bottom of the page). There are fifteen of them, accompanied by the portrait of their authors, however a sixteenth face has interfered in the whole, and this face is none other than Dominique Doncre. By integrating his portrait at the college of the greatest Flemish painters, Doncre shows his attachment to this school of painting with a touch of humor and pride …

First row, at the top of the table, starting from the left:

Middle row from the left:

Before last row at the bottom, starting from the left: